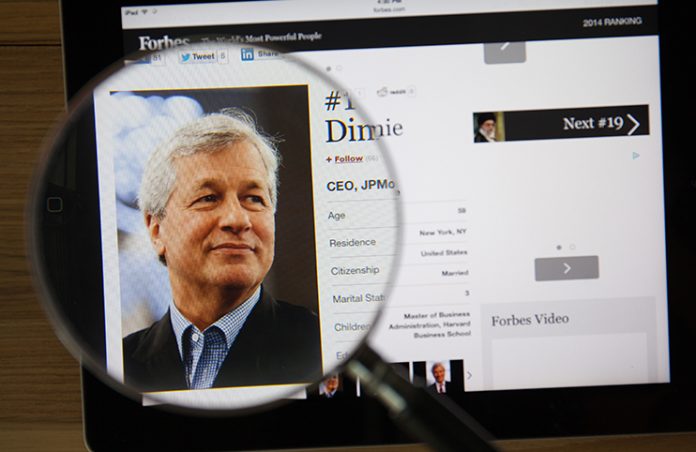 Bitcoin Faces Another Bout of Criticism

Bitcoin has once again faced criticism from the CEO of JPMorgan Chase bank, Jamie Dimon. Dimon stated in an interview with CNBC that he is concerned about the recent uprising of cryptocurrencies given bitcoin, ethereum, and ICOs or initial coin offerings. Dimon has also stated that he believes governments will soon begin to crackdown on the coins.

Dimon stated that “right now these crypto things are kind of a novelty. People think they’re kind of neat, but the bigger they get, the more governments are going to close them down.”

The remarks come after Dimon’s earlier comments regarding the coins use and the industry as a whole. With his comments towards the beginning of September referring to bitcoin as a “fraud” the market took a steep decline in relation to his comments.

Dimon’s affect on the market shows the extreme volatility that lies behind the fact that digital currencies are often deeply affected by speculation. The market’s reaction to comments like this shows that it is still a very fresh and still maturing market.

Cryptocurrencies have been known to be a bubble since its creation and many are stating that the bubble may be bursting soon given the pricing. The price of bitcoin dropped down from near $5,000 to just under $3,000 in under a week. This extreme volatility shows that bitcoin is an investment that needs to be made with thought and research. Time will tell what occurs to the market of bitcoin and whether or not Dimon’s comments and the like will continue to affect the pricing.

Is Speculation Ruining the Cryptocurrency World?

How the Chinese Bitcoin Ban Helped Build the Market in Japan