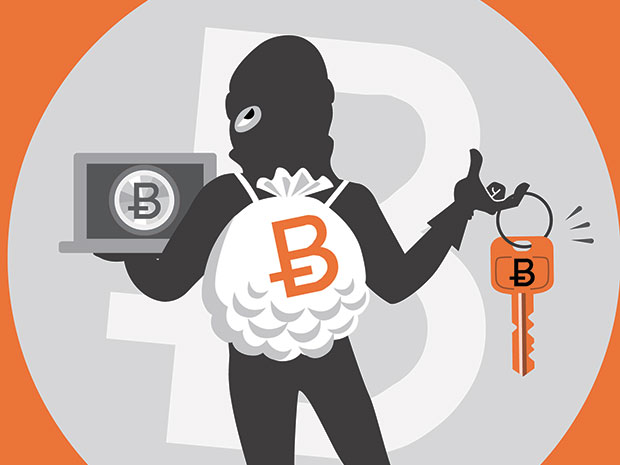 Cryptocurrency. It sounds like something Ian Fleming thought up for one of his James Bond thrillers. But the reality is that cryptocurrency is now a $200 billion global market. It’s not esoteric or exotic—cryptocurrency has gone mainstream and it’s rapidly growing. Bitcoin, the market leader, launched in 2009 and is now joined by thousands of other crypto-currencies, including Ethereum, Ripple, Litecoin, and Monero.

The mammoth popularity of Bitcoin has given rise to related technologies to keep up with analyzing the mass of real-time data. Blockchain technology—the public ledger of all transactions—is one of the hottest areas of interest. Affiliated technologies just can’t keep up with the pace of growth. It has become a big data problem with a major hurdle: the data is encoded in a way that makes typical search and analytic technologies obsolescent. The company that can wrestle this tiger—that is, the one that can quickly and securely verify critical business information—stands to transform the $4.7 trillion fintech market.

Lots of eyes are dependent on Blockchain Intelligence Group (OTC:BBKCF, TSX:BIGG:CNX), An industry disruptor, BIG has developed the technology to give financial services, law enforcement, and governments the leg up on cyber-criminal activity.

The cryptocurrency market is begging for security

About $125M worth of illegal activity occurs per day using Bitcoin

Where there is big money, there is always the temptation for theft, price manipulation, sale of illicit goods, money laundering, and Ponzi schemes. It’s as true with cryptocurrency as it is with hard cash. Financial institutions, exchanges, governments, regulators, and law enforcement are scrambling to mitigate criminal behavior on the nascent cryptocurrency digital transaction platform.

Blockchain Intelligence Group (OTC:BBKCF, TSX:BIGG:CNX) has its sights set on providing intelligent tools to meet the regulatory requirements around AML (Anti-Money Laundering), OFAC (Office of Foreign Asset Control) and KYC (Know Your Client) – of which every major bank spends an average of $49 million annually*. This is only going to get bigger as cryptocurrency usage grows (think Bitcoin and Ethereum) and more cryptocurrencies are created. (*source: Thompson Reuters)

“The total value of Bitcoin transactions is expected to exceed $92 billion this year, up from less than $27 billion in 2015.“

It’s simple to see: there’s a torrent of financial transactions across the globe every minute of every day. And who’s making sure they are legitimate?

Blockchain Intelligence Group (OTC:BBKCF, TSX:BIGG:CNX) has its eye set on being the world’s premier provider of blockchain search and data analytics. Its user audience ranges from fintech and e-commerce to law enforcement and government agencies—they all need reliable security software for cryptocurrency transactions on the blockchain.

“What you just did in 2 minutes with your software took me 3 hours.”

BIG is an opportunity to get into a company with huge potential. Some stocks are already past their prime for exponential returns, but BIG is just getting started.

“With the total value at nearly $120 billion, it’s getting harder for institutional investors to ignore cryptocurrencies…. Real dollars are at work here and warrant watching, especially in light of the growing world of initial coin offerings (ICOs).”

Goldman Sachs Group, Inc. is the fifth-most active corporate blockchain investor, with involvement in four companies focused on the distributed-ledger technology since 2012.

What PayPal [PYPL] did by providing a dependable infrastructure for e-commerce, Blockchain Intelligence Group (OTC:BBKCF, TSX:BIGG:CNX) stands to do for cryptocurrency. PayPal now has a market cap of $90 billion!

Nothing else as BIG in the market

The long-term use and health of crypto-currencies are dependent upon secure and legitimate transactions. Fintech, exchanges, e-commerce, and retailers have a pressing need to make quick and accurate decisions. Government agencies and law enforcement have a mission to gather critical evidence on those who would perpetrate crimes and connect criminals with their transactions.

Blockchain Intelligence Group (OTC:BBKCF, TSX:BIGG:CNX) provides the most advanced and feature-rich tools available today to validate and track the movement of funds. The potential for a leader to emerge in this space is BIG. There’s simply too much money riding on cryptocurrencies to ignore this urgent worldwide security need

Is the Cryptocurrency Bubble a Good Thing?