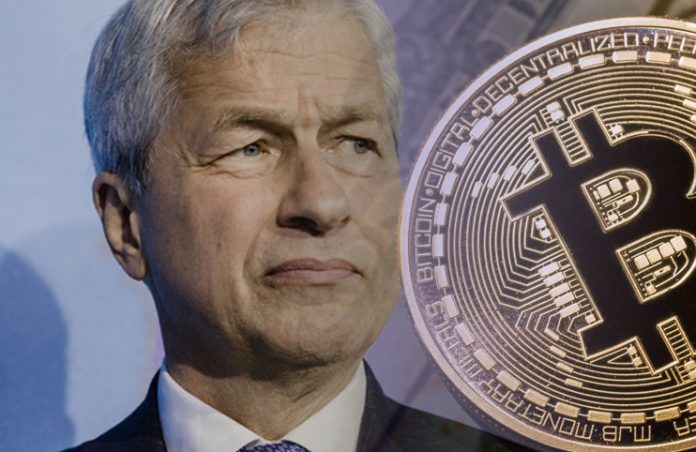 Jamie Dimon has released comments in the past giving his opinion on what he assumed was a failing currency. After a series of comments downgrading the cryptocurrency, Dimon has now pledged to stop talking about it. The currency recently hit a new record price of $5,821, which is up 11% after Dimon proclaimed it would only continue to fail.

Dimon famously referred to bitcoin as a “fraud” during the month of September, which in combination with Chinese restrictions, caused the coin to fall dramatically in value. Several companies throughout the industry have accused Dimon of market manipulation given his constant stream of comments.

The commentary from Dimon goes back all the way to 2014, when the CEO stated that it was a “terrible store of value.” Since that time, the coin has risen dramatically in value and seems like it only will continue to do so.

Bitcoin has been taking the market by storm, showing what a decentralized currency can do when it is allowed to flourish. With the constant stream of investors either feeling like they are left out, or refuse to miss out on the opportunity, it seems as though bitcoin has no where to go but up. Bitcoin is the largest of the cryptocurrencies by market capitalization or market cap, and has, earlier today, reached a high of $97 billion in market cap. This means that the coin is one of the largest financial institutions in the world. If the price of bitcoin can reach a high of $6,000, which at this point does not seem incredibly far off, the market capitalization will reach a famed $100 billion.

Hopefully comments from Dimon and the likes of financial executive will not continue to manipulate the prices. Bitcoin seems like it has a promising future, but only if its legitimization can further its price.

Blockchain Technology Being Developed By IBM For Automotive Industry